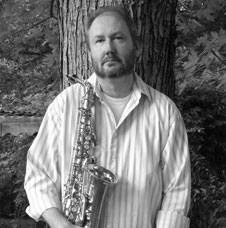 Brent Bristow is the Director of Bands and Associate Professor of Saxophone at Arkansas State University-Beebe, where he also serves as the head of the Department of Music. His teachers include Allen Rippe, Dr. John Sampen, and Ken Hatch. He holds a Bachelor of Music Education degree and a Master of Music degree in saxophone performance from Arkansas State University. In 2008, he completed a Doctorate of Musical Arts from the University of Memphis, and his dissertation is a biography of noted saxophonist Donald Sinta.

Dr. Bristow has been an active performer and music educator in Arkansas for the past 20 years. While teaching at Rivercrest High School and Hoxie High School, he led his band programs though the most successful competitive years in the history of both schools. He has served as a guest conductor and adjudicator of high school band events throughout the state.

As a soloist, Bristow has given numerous recitals, and has been a Yamaha Performing Artist and Clinician since 2011. Since that time, he has been featured as a guest artist in venues in Arkansas, Tennessee, Mississippi, and Texas. He has also been featured as a guest soloist with the Harding University Wind Ensemble and the Beebe High School Band.

In addition to his work as a soloist, Bristow is the tenor saxophonist of the Arkansas Saxophone Quartet. The group includes Dr. Jackie Lamar, University of Central Arkansas, on baritone saxophone, Dr. Caroline Taylor, Ouachita Baptist University, on alto saxophone, and Dr. Andy Wen, University of Arkansas Little Rock, on soprano saxophone. The quartet performs regularly throughout the year, and has been featured at many conferences, including the International Conference of Arts and Humanities, held in Honolulu, Hawaii. In 2013, they commissioned a premiered a new work for saxophone quartet and wind ensemble by Neil Flory.

Bristow has worked with various rock and jazz groups, included recording projects as a member of the rock group Alliance, and fifteen years as a member of Rhyme and Reason. He has also performed with the Enterprise Blues Band, a group consisting of actors best known for their appearances on various Star Trek television series. As a recording engineer and studio musician, Bristow worked on sessions at SoundWorks Studios and K&T Productions.